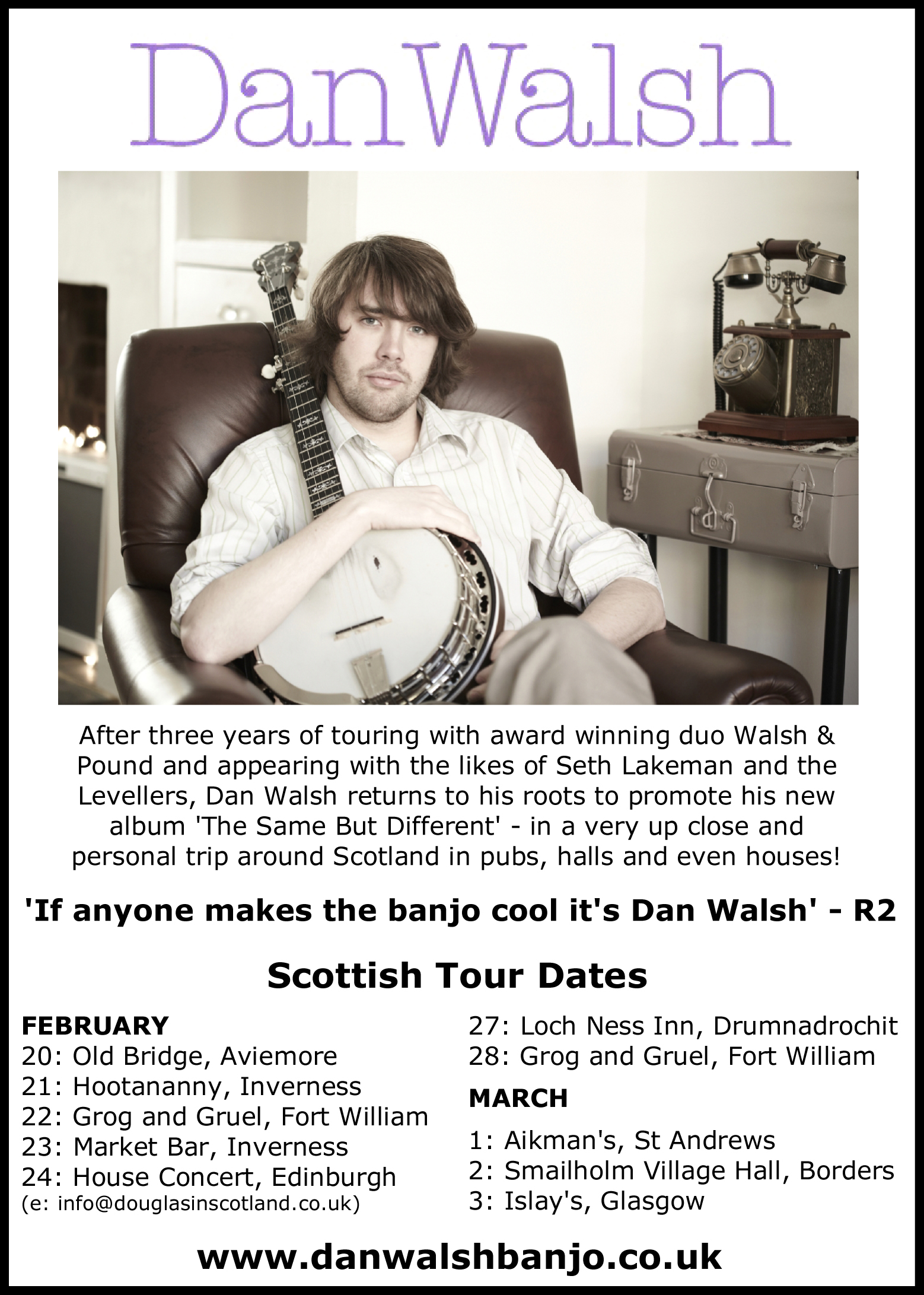 NEW ALBUM REVIEWS
‘Eclectically inspired and consistently brilliant’ – FROOTS
‘If anyone succeeds in making the banjo cool it’ll be Dan Walsh, he can play it all’ – R2
‘Breathtaking’ – SONGLINES

‘Incredible, you must see him’ – JANICE LONG, BBC RADIO 2

Expect the unexpected from the truly extraordinary banjo player, singer and guitarist Dan Walsh. You’ll hear some bluegrass but you’ll also hear anything from funk, middle eastern, Irish, Latin and some fine songs from the man regarded by UNCUT magazine as ‘the real deal’.

Touted as one of the finest banjo players in the UK as well as being a superb singer, songwriter and guitarist, Dan Walsh is described as ‘the real deal’ (Uncut) and ‘taking the banjo into the stratosphere’ (Froots) with a unique and eclectic style taking in folk, funk, bluegrass, jazz, rock and even Arabic. After three years of touring the UK as one half of award nominated duo Walsh and Pound, Dan’s returning to his solo gigs as well as fronting an all-new Dan Walsh band made up of outstanding and award winning musicians including the Shee’s Rachel Newton and drummer Adam Sinclair whose credits range from the New York Dolls to the Unthanks. He is also performing with the legendary Alistair Anderson and has recently appeared on stage and in the studio with Seth Lakeman, the Levellers, Martin Simpson and numerous others. New album ‘The Same But Different’ is out now to fantastic reviews across the music press. The album follows on from the critically acclaimed (on both sides of the Atlantic) Walsh and Pound album and solo debut Tomorrow’s Still To Come.

After three years of touring theatres and arts centres with award winning duo Walsh and Pound and appearing at huge venues with Seth Lakeman and the Levellers, Dan returns to his roots to promote new album ‘The Same But Different’. See Dan up close and personal throughout the UK and Ireland through February, March and April (after he comes back from India!) as he tours pubs, village halls and even houses!